“Getting to the other side of Victory”, per order your copy now. http://www.donnajhopkins.com

Though her genes caused breast cancer and a medical tragedy led to her becoming an amputee, nothing has stopped Donna Hopkins from living life to the fullest.

Now, the District resident has released a new book that speaks volumes about her incredible journey of perseverance and positivity.

The autobiography, “Getting to the Other Side of Victory,” details Hopkins’ battle, one in which she’s met head-on and has drawn inspiration from being an athlete, a fighter and, most of all, a believer in keeping everything in perspective and being positive.

“When I went through the unforeseeable medical disaster of twice surviving cancer, a fibroid tumor and almost losing my life a few times, and then the amputation of my leg, [it] was tough,” Hopkins said. “I walked into the hospital and told my friends that it would be my last walk for a minute, not thinking anything was wrong. Little did I know it would really be my last walk for a minute.”

Doctors had given Hopkins a blood thinner which, ironically, caused her blood to clot. Then a staph infection was discovered which led to Hopkins being transferred to another hospital — a move she said probably saved her life.

Ultimately cancer had been discovered and she’d eventually have her leg amputated and undergo a hysterectomy.

“Anything you deal with in life is tough,” Hopkins said. “I went through an unforeseeable medical disaster, twice surviving cancer but I decided that sometimes you go through things not just for yourself but for onlookers and I’m a fighter, a competitor and I don’t like to lose.”

As noted in her biography, despite having to fight multiple life-threatening battles, Hopkins has a strikingly positive attitude that resonates with everyone she meets.

In her new book, due out in time for Black History Month, Hopkins describes her experience and shares her guide to “living life to the fullest” and the importance of having a positive outlook on life, finding a purpose and her faith.

“It’s OK to cry about your circumstances, the devastation, destruction, and adversity sometimes,” she said. “The important thing is to know that you are stronger than any pain that you must go through; tap into that hidden strength and find what lies at the bottom of your heart and beats life back into you.”

The book encourages readers to tap into their “hidden strengths.”

The founder and CEO of the nonprofit Hopkins Breast Cancer, Inc., Hopkins also count as a public speaker, problem solver, sports personality and a beacon of positivity.

“I understand why I’m as involved and why I have great passion and have always used sports to get me through no matter what life presented,” she said. “I played college basketball, ran track and you just have to find out what it is that gets you to the other side of victory and that’s the reason that I wrote this book.”

Hopkins advises not to get stuck wasting time and lamenting a problem or issue that’s in the past.

“It’s a process of getting to the other side of victory, just don’t get stuck,” she said. “So many times we waste time in life by saying, ‘I’m going to do this later, I don’t have money.’ Now, I look at life and I’m going on vacation every year. The amputation of my leg and the fact that I almost lost both hands taught me a lesson about living each day as if it is my last.”

I was captivated by your story on Donna Hopkins, who has survived cancer and being an amputee. Her story is an incredible story of survival and perseverance. It is also inspiring.

While I don’t personally know an amputee, my brother is currently battling an aggressive form of cancer and he’s also an athlete. In your story by Stacy M. Brown, it was noted that Ms. Hopkins is an athlete and, in part, that’s been one of the keys to her being able to battle her illness and stay strong-minded.

These are stories that we need more of and I’m thrilled that The Washington Informer regularly writes about such inspirations.

Thank you and keep up the great work. 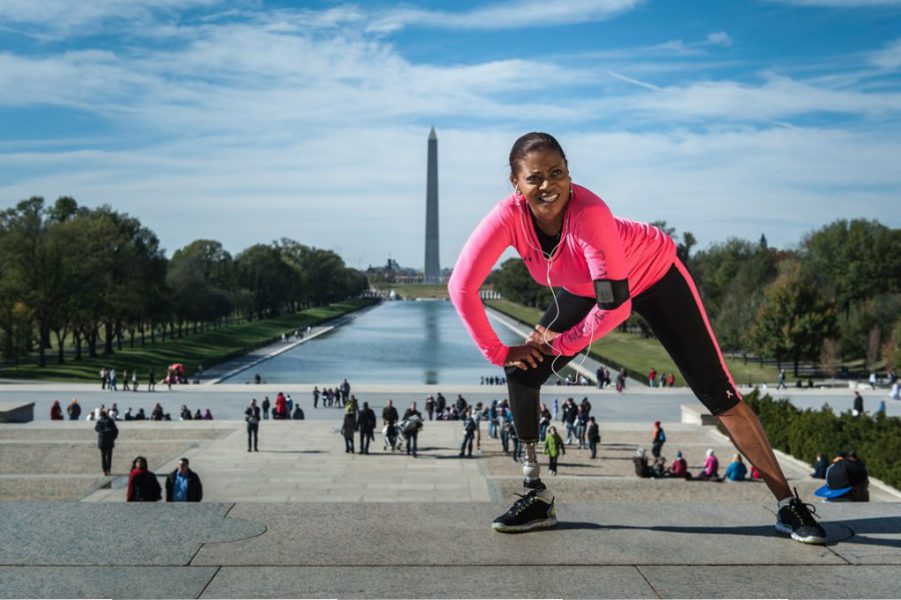 Sometimes when you go through adversity, you don’t know how God is cultivating what you went through to put purpose and meaning in it, not just for you but for others looking on. 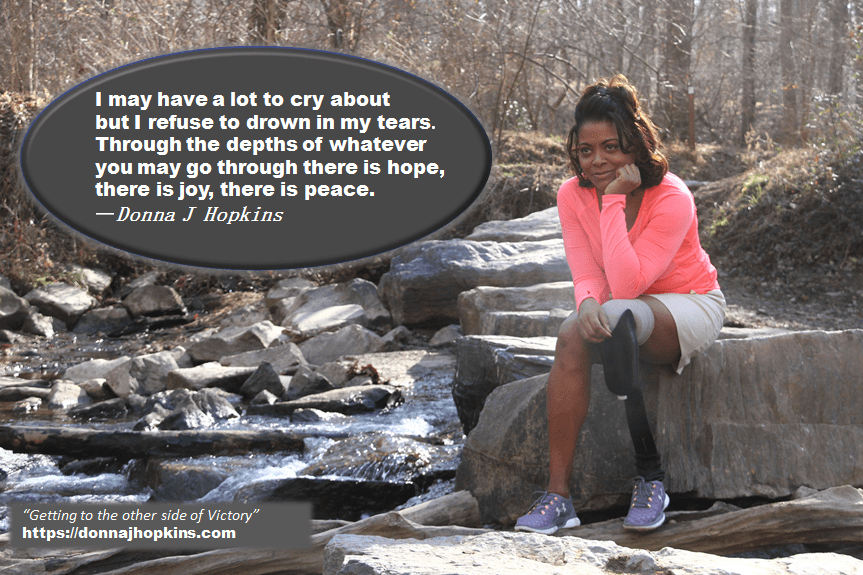 Thank you for taking the time out to visit my site today, I’m so happy that you did. If you are feeling down and need an uplift, a smile or some laughter, you have come to the right place. You have cried enough…time to make your heart leap again with JOY! – Donna Hopkins

FUEL’s goal is to drive economic growth by igniting the next generation of emerging community and business leaders. FUEL provides unique and impactful educational content from both a business and community perspective, generating meaningful conversations and connections. Fuel will achieve this mission by partnering with leaders and organizations who share this vision of being change agents within their communities. Click below to learn more about our upcoming event. 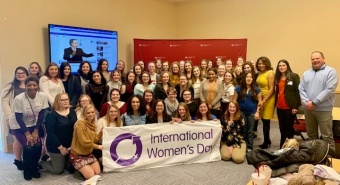 Click on the link below to watch some of the highlights from this great celebration of women.       https://www.youtube.com/watch?v=qobpmbQPvPA

“When life sucks you under you can kick against the bottom, find the surface and breathe again.” Sheryl Sandberg’s

I learned about the depth of sadness and the brutality of loss, but I also learned a lesson about hope, strength, and that the life within us will not be extinguished. In the life of any challenge, you can choose joy and meaning. Joy is something that goes down deep within your soul and rises up at the most needed time. It gives us hope that keeps the light shining, no matter the adversity of the situation.

The difficult things that challenge you to your core, those are the things that will determine who you are.

You are not born with a fixed amount of resilience it’s a muscle, you can build it up and draw on it when you need it. – Sheryl Sandberg’s 2016 UC Berkeley commencement.

Getting to the other side of Victory – Book Trailer

Redskins reporter writes book to inspire others after having breast cancer, leg amputation

Deep faith in God can bring a steadiness in life’s greatest crises to be an over comer.